Ala Mohseni
9 min read
My Stealthy Freedom, Part 7: The Roots

In previous episodes, we showed how the My Stealthy Freedom Facebook page was born, how the public responded, and how, in a short time, it became hugely popular. We described how influential the page was in the case of the Isfahan acid attacks, and how it led to attacks and threats from Iranian hardliners and the intelligence apparatus of the Islamic Republic.

In forthcoming episodes, we go further back in time, to the childhood of My Stealthy Freedom’s founder, Masih Alinejad, and the issues she had, and still has, with her family, which was extremely religious and enforced the hejab, even in the confines of the home. The hijab became an insoluble problem for Masih as a restless child, who at the time was called Masoumeh. The hijab was not just a piece of cloth on her head; it was a symbol of all of Iran’s social and religious restrictions, and the extreme pressure placed on girls and women in the country. Perhaps Masih Alinejad’s relationship with her family and her struggle with the hejab can help us to better understand why she launched the page in the first place.

The seventh episode is entitled The Roots and deals with Masih Alinejad’s relationship with her parents. We invite you to watch it and send us your comments or personal experiences by following the instructions at the end of the episode. 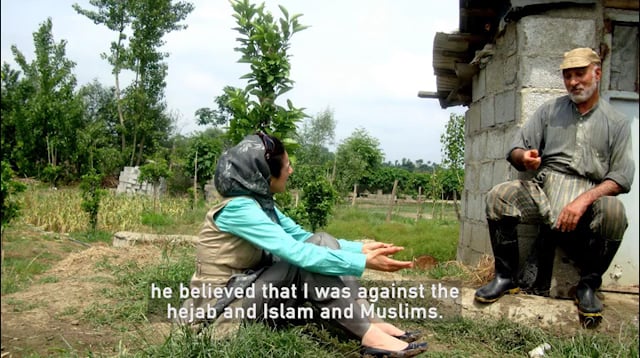 My Stealthy Freedom Documentary; Part 7: The Roots from Iranwire.com Vimeo on Vimeo.

Read about and view the other videos in the series:

Speaking of Iran
Continue to next article