Ala Mohseni
9 min read
My Stealthy Freedom, Part 10: She Is Not Alone

We have now reached the 10th episode of the My Stealthy Freedom documentary, and perhaps it’s a good time to mention again that these episodes are all steps in the production process of the final documentary. The My Stealthy Freedom page was developed by its followers on Facebook, photograph by photograph, text by text. The documentary will be made the same way; it will incorporate your responses and comments – positive or negative – and other contributions.

But why are we following Masih Alinejad in particular? Many have asked us this question, some sarcastically, some seriously. Our answer is: She is not alone. This film is not just about Masih Alinejad; it is a beginning, an invitation to all those of you who want to recount your own stories of dealing with forced hejab — just as Masih Alinejad has done. And just as Fatemeh Shams does in this episode.

Fatemeh Shams is a writer, poet, scholar and university professor. Her life story is very different from Masih Alinejad’s. But the two young women met at a point in their lives where they both faced tough challenges in their struggle against compulsory hijab. When Masih left Iran in 2009 to continue her studies in London, Fatemeh helped her adapt to the new world, and to leave behind the threats and restrictions imposed on her back home.

At the time neither of them were believers that they should wear the Islamic hijab, but out of respect for their families they wore hats or token hijab in public – instead of the full headscarf. But this triggered many critical remarks from people, many of whom accused them of being demagogues.

At different times, they decided to be themselves. Despite their families’ expectations, they say no to forced hijab. In this episode of My Stealthy Freedom, Fatemeh Shams tells us the story of her rebellion against her family and society, and how the feeling of being honest with herself in the end was worth all the trouble.

If you’d like to get involved in the making of this documentary, feel free to send us your comments, videos or photographs. Just  follow the instructions at the end of the video. 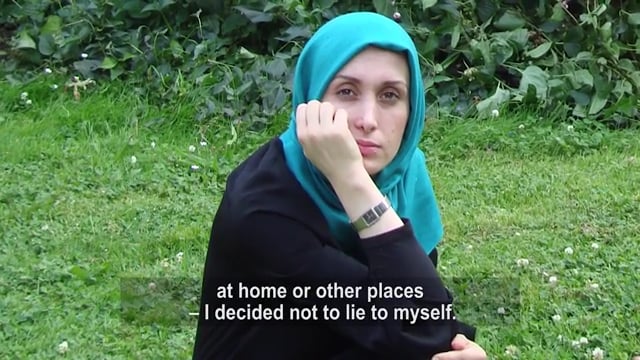 My Stealthy Freedom Documentary; Part 10: She Is Not Alone from Iranwire.com Vimeo on Vimeo.