Javad Motevali
7 min read
Behnam Ebrahimzadeh is currently out on bail until the appeals court decides whether he must serve another six years in prison
Behnam Ebrahimzadeh’s son Nima has been fighting cancer for years and the cost of his treatment is “stupendous,” as his father puts it

The name on his birth certificate is As’ad, but political and civil activists know him as Behnam Ebrahimzadeh. Born in 1978 in the city of Oshnavieh in the province of West Azerbaijan, he holds a diploma in mechanics and is married to Zobeideh Hajizadeh, a homemaker. Their only child, Nima, has been fighting cancer for years.

Prior to his arrest, Ebrahimzadeh, a trade union activist and member of the Society for the Protection of Child and Street Workers in Tehran, was employed by the Parsian Louleh (“Pipe”) Factory in the Hasan Abad industrial park in Fashafuyeh near Tehran. Today he works as a taxi driver, using his Kia Pride sedan to serve his passengers.

Ebrahimzadeh has been arrested seven times and has spent a total of eight years in prison. He was first arrested in Oshnavieh in autumn 2008 for “writing slogans” on walls and spent a week in the detention center of the city’s intelligence bureau. He served seven years in prison after he was arrested at a Labor Day rally on May 1, 2010. He spent those seven years in wards 350, 7, 209 and 240 at Evin Prison and wards 1,2, 4, and 10 at Rajaei Shahr Prison, often alongside dangerous criminals and drug dealers. 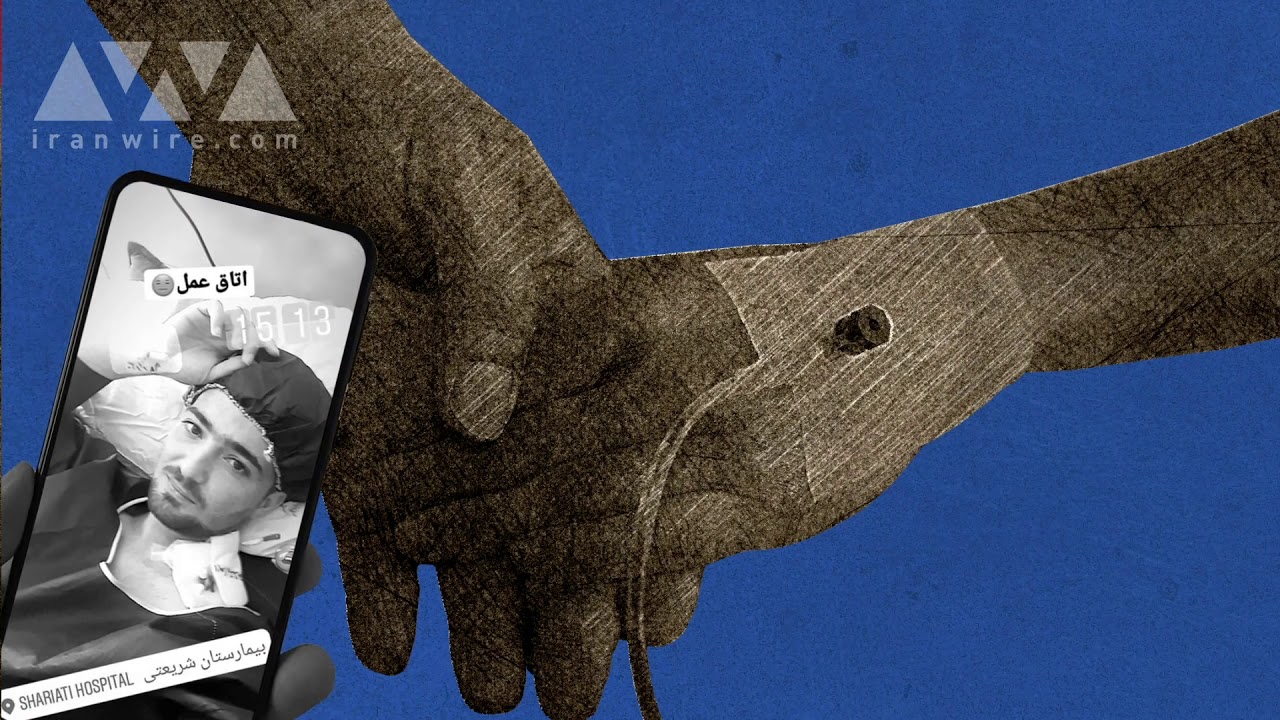 On December 12, 2018, Ebrahimzadeh was arrested again and in March 2019 he was sentenced to six years in prison, of which he must serve five, subject to appeal. He is currently out on bail, and is making a living driving people between the city of Rey near the Iranian capital and North Kargar Street in Tehran. His family’s little house is in the Shah Abdol-Azim shrine area of Rey. Nima, who is now 19, is in Tehran’s Shariati Hospital for cancer treatment.

The income Ebrahimzadeh makes from driving is not enough to pay for his son’s treatment. It is only through the assistance of the Mahak Society to Support Children with Cancer, a non-governmental organization in Tehran dedicated to helping Iranian children with cancer, that he has been able to pay for Nima’s hospitalization and the bone marrow transplant operation he needed.

“The operation for the bone marrow transplant with help from Mahak was on April 24,” Ebrahimzadeh said. “Earlier, a lady had volunteered to donate bone marrow but she never arrived. Maybe she had second thoughts. But thank God the transplant surgery is now done. Nima had gone through numerous sessions of chemotherapy before. Since April 27, the stem cell [treatment] has been working. The doctors told us that when Nima starts to feel bad it means that his body has accepted the stem cells and they are working. But, well, Nima feels very bad. He is nauseated all the time. For the last two days he has been needing a blood platelet injection. Tomorrow somebody with the same A+ blood type is scheduled to come to the hospital and donate blood for Nima.”

When Ebrahimzadeh talks about Nima and what he thinks will happen in the coming months, his voice suddenly succumbs to grief. “The treatment has gone well but we have to wait for months,” he says. “Nima will remain in the hospital for 40 days before he is released. For seven or eight months he has to remain isolated at home. He must not even leave his room except for necessary things like using the bathroom. His doctors have said that he must remain isolated because of the sensitivity of the treatment process. When he comes home, he will need very special care that will be a stupendous cost. What is worrying me is the cost of his continuing treatment. If we can pay the costs, he has a chance for a complete recovery.”

Since their home cannot provide the right environment for Nima to be kept in complete isolation he has to be transferred to the isolation ward of a hospital associated with Mahak. His treatment includes specialized medicine, a special diet and frequent tests under the supervision of specialist doctors.

Ebrahimzadeh says that in addition to the prohibitive costs of treating his son Nima, his wife is also suffering from stomach problems and spinal disc herniation, compounded by stress because of his years in prison. Behnam himself suffers from osteoarthritis of the neck, spinal disc herniation and kidney problems as result of repeated hunger strikes and torture when he was under interrogation in the intelligence ministry’s detention center.

Considering that he is currently only out on bail and he might be sent back to prison to serve a new sentence, have the judiciary officials offered any help for Nima’s treatment? “Unfortunately,” he says, “they did not help in any way. The case is about when I was in Kermanshah, where I had gone to help people after the earthquake [and was arrested on August 17, 2018]. The verdict against me was issued by the lower court. I have posted bail to get out of prison. The case is a continuation of the same case that the Revolutionary Guards had filed against me. The verdict was issued by Judge Iman Afshari of Branch 26 of the Revolutionary Court. Before Nowruz [the start of Iranian new year on March 21], my lawyers told me that my case was going to be sent to the appeals court. I am pursuing the matter but, as of now, I have not received any news about it.”

Nima’s treatment had been interrupted by his father’s repeated arrests and imprisonments. “My son is in a very critical condition,” Ebrahimzadeh says. “I must be with him during these seven months and even afterward. The doctors say that any stress can make Nima’s illness worse and could cause a relapse. In 2017, after my arrest because of my participation in the rally outside Rajaei Shahr Prison and in the ceremonies marking the anniversary of the death of Ahmad Shamlou [the celebrated Iranian poet], my son’s condition got worse. With these repeated arrested and threats, I am worried sick about Nima’s health.”

On January 17, 2019, following Ebrahimzadeh’s last arrest and after 35 days of no news about him, his elderly father Rahman Ebrahimzadeh stood in the rain outside the Ministry of Justice in Tehran, carrying a placard that said “Where is my son Behnam Ebrahimzadeh? It has been more than a month since he was arrested and we have no news of him. Free Behnam!”

Ebrahimzadeh has considered his chances at the appeals court. “I hope my sentence will be suspended or repealed,” he says. “I was charged because I defended child laborers, human rights supporters, and the protests by [steel and sugar refinery] workers in Ahvaz. Now I am waiting for the appeals court. When the date of the trial is announced, I want to be in the court with my lawyers, Messrs. Saleh Nikbakht and Alireza Rezaei. But I am not sure if they will let me defend myself. I was present at the trial in the lower court but they tried and convicted me within a few minutes and without the presence of a lawyer. I have already been in prison for eight years and now I have been sentenced to six more years.”

It has been reported that the appeals court is scheduled to retry Ebrahimzadeh in August 2019.

Torture of Arrested Labor Activists and Their Families Continues, February 1, 2019