110 Years in Prison for 7 Labor Activists

As the Iranian people continue to suffer in an economic climate crippled by US sanctions and rampant inflation, the leaders of the Islamic Republic have stepped up their crackdown on citizens — not only targeting dissidents and critics, but also workers and teachers demanding reasonable pay, or even to be paid at all.

The most recent crackdown came on Saturday, September 7, when Judge Mohammad Moghiseh of Tehran Revolutionary Court Branch 28 sentenced seven labor activists to a total of 110 years in prison and 74 lashes for participating in 2018 protests by unpaid workers from the Haft-Tappeh Sugar Factory in Khuzestan province.

Judge Moghiseh, who has been accused by international human rights organizations of extensive violations of human rights, sentenced Esmail Bakhshi to 14 years and 74 lashes and Mohammad Khanifar to six years in prison. Sepideh Gholian, Amir Amirgholi, Amir Hossein Mohammadi-Fard, Sanaz Allahyari and Asal Mohammadi were each sentenced to 18 years in prison. The case of Ali Nejati, a codefendant in the same case, remains open.

According to the verdict, Sepideh Gholian, Amir Amirgholi, Amir Hossein Mohammadi-Fard, Sanaz Allahyari and Asal Mohammadi were sentenced to seven years each for “gathering and conspiracy to act against national security,” seven years for “membership in Gam Group,” a pro-labor rights publication, one year and six months for “propaganda against the regime” and two years and six months for “disseminating lies.” 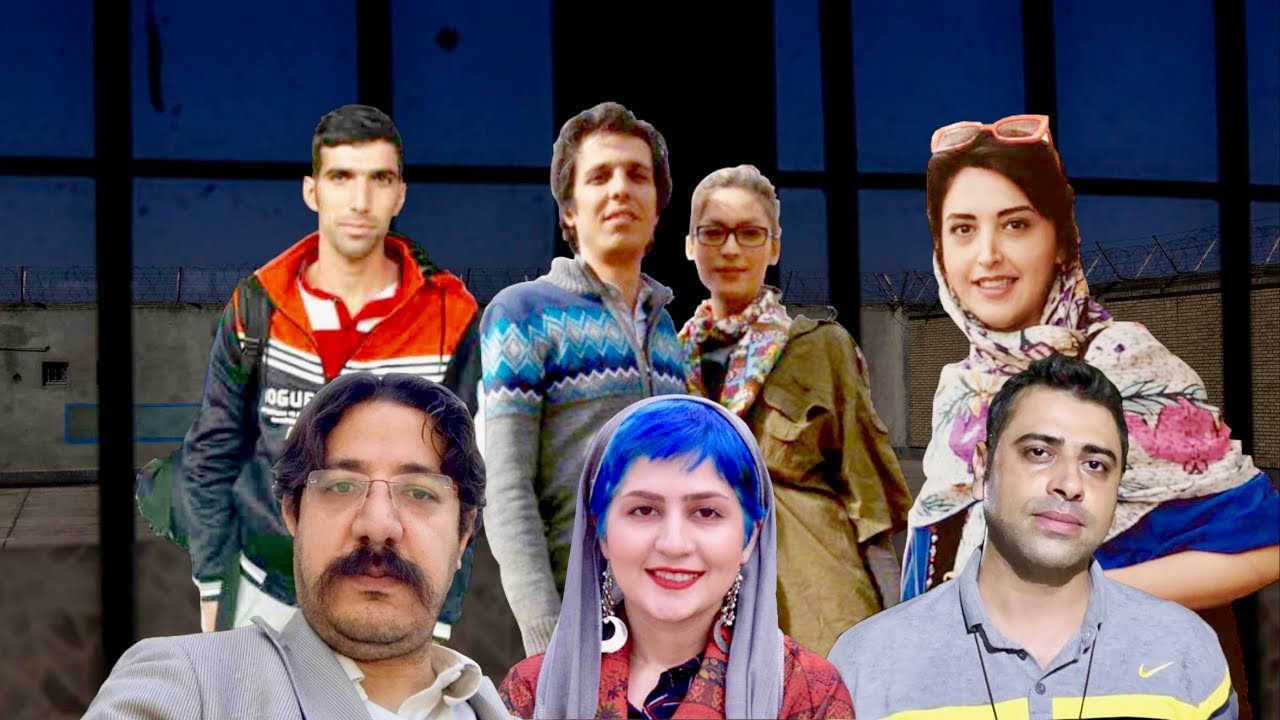 Iranians went on to social media to express disbelief and outrage over the news. “Sepideh Gholian, the 23-year-old student of veterinary medicine, was sentenced to 18 years in prison only because she joined the protests by Haft-Tappeh workers,” tweeted Mohammad Javad Akbarin, an Iranian journalist who lives in Paris [Persian link]. “According to her lawyer, she must serve at least seven years of her sentence.

“Months before Esmail Bakhshi was arrested, a manager of Haft-Tappeh was saying ‘we bought off anybody we wanted except this group. They neither accept money nor do they shut up,’” tweeted another journalist, Mohammad Mosa’ed [Persian link]. “This was Esmail’s real crime. Otherwise, what does a completely peaceful labor strike to demand your rights have to do with actions against national security?”

Kiss of the Hand and Stab in the Back

On September 4, a video was published that showed Seyed Abdolnabi Mousavi-Fard, the Supreme Leader’s representative in Khuzestan province and the Friday Imam of Ahvaz, the provincial capital, kissing the hands of Haft-Tappeh workers. After the prayers, he asked the workers to tell him about their problems. He had guaranteed that no worker would get into trouble for talking. Mohammad Khanifar was the fourth worker to speak. Khanifar began, and said, “I’ve just come from the farm...,” prompting the Friday Imam to get up from his chair, kiss Khanifar’s hand and say, “the Prophet kissed the hand of a laborer. Why shouldn’t we?” Three days later, the court sentenced Khanifar to six years in prison.

On Wednesday, August 14, Khanifar and nine other workers at the Haft-Tappeh Sugar factory — Hossein Ansarizadeh, Faisal Sa’alebi, Sab Zahiri, Adel Samaei, Esmail Ja’adeleh, Bani Na’ami, Omid Azadi, Rostam Abodollahzadeh, and Esmatollah Kiani — were tried in the city of Shush (Susa) for chanting “We are Haft-Tappeh workers, we are hungry, we are hungry.” Ms. Farzaneh Zilabi was the defense lawyer for four of the 10 defendants.

Judge Hamid Sarajeddin at Branch 102 of Shush’s Criminal court sentenced the workers to eight months in prison and 30 lashes each, but he suspended their sentences for four years.

According to Article 134 of Iran’s Islamic Penal Code, Esmail Bakhshi and his co-defendants will have to serve at least the longest sentence that they have received —  seven years for “gathering and conspiracy to act against national security.”

In June 2019, A group of Haft-Tappeh Sugar Factory employees sent an official complaint to the United Nation International Labor Organization (ILO) about Iran’s ongoing crackdown against labor rights protesters. They asked the ILO to investigate and condemn the Islamic Republic for its failure to allow independent labor unions and its heavy-handed response to the peaceful demonstrations.

“In recent months, dozens of Haft-Tappeh workers have been arrested, summoned to court or threatened simply for holding rallies to express their work-related complaints,” said the letter, sent on June 5, whose signatories have remained anonymous to protect their security.

The letter also highlighted the arrest and mistreatment of journalists targeted for reporting on the protests. “Other individuals who were engaged in reporting in support of the Haft-Tappeh workers have also faced months of detention and interrogation, during which they suffered torture and intimidation.”

In particular, the complaint drew attention to the persecution and prosecution of worker’s representative Esmail Bakhshi, retired Haft-Tappeh worker Ali Nejati, civil activist Sepideh Gholian, and five members of the pro-labor publication Gam: Asal Mohammadi, Sanaz Allahyari, Amir Hossein Mohammad-Fard, and Amir Amirgholi. “The families of the detainees have all been pressured and intimidated to keep them from speaking to the media about the difficult circumstances of their incarcerated loved ones,” the letter stated.

Imprisoned Labor Activists Threatened with Heavier Sentences if They Talk to the Media, May 21, 2019

Torture of Arrested Labor Activists and Their Families Continues, February 1, 2019