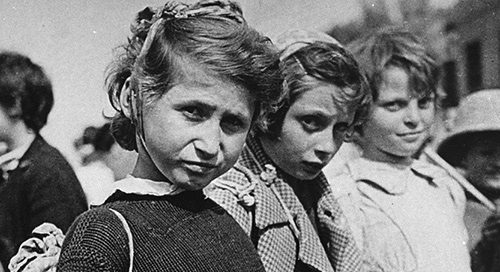 At the height of World War II, thousands of Jewish children fled persecution in Eastern Europe and embarked on an arduous journey to then-Mandatory Palestine. These youngsters, most of them from Nazi-occupied Poland, became known as the “Tehran Children” as many of them were given temporary refuge in the Iranian capital on the way.

Their remarkable stories have been unearthed and collated by historian Mikhal Dekel, an Israeli-born scholar whose father, Hannan Teitel, was a Tehran Child. Dekel’s father rarely spoke of the Holocaust, nor of the odyssey he and countless other children had undertaken to reach their new homeland. For 12 years after his death, she painstakingly mapped what had happened to him.

During this process, Dekel tells IranWire, “It was as if a whole, global history of my father and the Holocaust had been opened up to me. What started as a memoir of my father became a history of most Polish Jewish survivors.”

This new IranWire film is produced in partnership with the United States Holocaust Memorial Museum as part of our ongoing collaboration, The Sardari Project. It presents some of Dekel’s captivating discoveries about the passage of thousands of refugees through the Soviet interior to Tehran in the middle of World War II. The reception these children received in Iran, and the warmth and hospitality they encountered there at that time, stood in stark contrast to the horrors of the Holocaust that they had left behind.

As such, this is also the story of how Iran found itself at the centre of a global humanitarian effort to protect innocent lives during one of the most testing, divisive and tragic periods of the modern era. It is a story, we hope, that will inspire for years to come.

You can read more about the Tehran Children in our long-form interview with Mikhal Dekel, and in the testimonies of three Tehran Children with fond memories of their time in Iran, published by IranWire in January.

This article was produced by IranWire as part of The Sardari Project: Iran and the Holocaust, a project of Off-Centre Productions and the United States Holocaust Memorial Museum.