A Psychotherapist on the Long Toll of Living as a Refugee 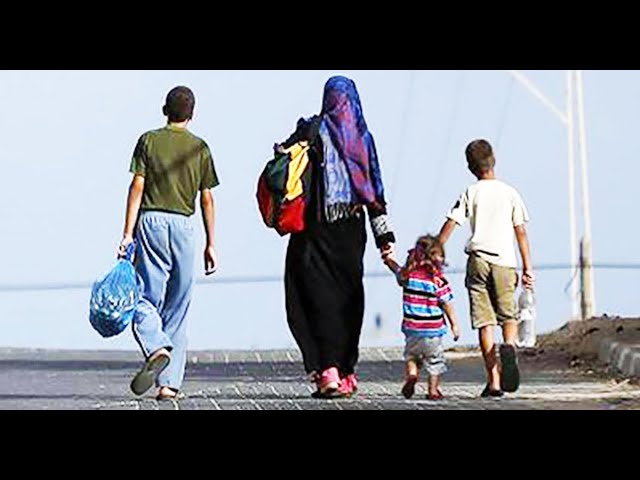 In April, the UK government announced it had reached a landmark agreement with Rwanda. Apparently, in future, some of the thousands of asylum seekers and refugees who come to the UK in small boats over the English Channel each year will be “offshored” – effectively deported – to the Central African country instead for processing.

IranWire’s Aida Ghajar recently returned to northern France to ask would-be asylum seekers what they thought of the scheme, which is now facing its first legal challenge in Britain.

To better understand the experience of those making the journey, especially women and children, Aida spoke with Shahrzad Pourabdollah, a London-based psychotherapist. Below are some of the highlights of that conversation.

IranWire has published many reports about refugees. What they have in common is an uncertain future and lack of the legal right to work [while waiting for claims to be processed] which means poverty, no health insurance, and inadequate nutrition. The European Union decided in summer 2018 that no asylum seeker has the right to choose his or her destination. What is the psychological impact of these deprivations?

In general, I’d point to the “hierarchy of needs” as defined by the American psychologist Abraham Maslow. These are the needs that must be met for a human being to enjoy physical and mental good health.

You mentioned the most basic needs: food, shelter, medical care and clothing. We should also add sexual and emotional needs. The life of a refugee does not meet any of these.

The second issue is the need for security. People with refugee status don’t have a job or physical and financial security and they aren’t even physically safe. They have no idea what is going to happen to them when they wake up in the morning.

The third thing humans need is a sense of dignity, a sense of being respected. But these people are disrespected all along the route that they take – and their physical sanctity is violated. I have worked with many women who were physically and sexually abused by the police and camp operators.

Another issue is the sense of powerlessness. Nothing is in your control. Many lose the things that had motivated them; they get depressed and agitated. They have lost their social identities and have yet to find a place where they can define a new identity for themselves. The worst problem that one can have is the sense of not belonging, of being suspended in the air. A lack of roots can make refugees more vulnerable, and the longer they live as refugees, the more they are harmed.

You spoke of respect and human dignity. The way border police treat refugees is always degrading and gives them a sense of fault, a sense of having done wrong. Suffering from constant anxiety, the only thing that many of them can think about is reaching their destination, and they don’t use their time productively.

Not being prepared for what lies ahead is a common problem among refugees. I believe many have no idea what awaits them. It’s like somebody going to Alaska wearing shorts. At one time it was not possible to learn what to expect on the way, but now people can learn from reliable sources about the dangers they’d face.

Laws keep changing all the time as well. Those who take this road without adequate knowledge suffer more. Most of those who left Iran in an emergency situation were not prepared. It becomes a problem when we fail to prepare ourselves, and sometimes the problem is that we do not trust our own awareness. I saw one case when the smuggler had cheated somebody’s brother out of his money, but he still trusted the smuggler, and lost his own money.

The road is filled with violence. I see people who, 30 years ago, emigrated “illegally” and are still afraid of the police and suffer from depression, just because of what they witnessed on their journey. There are many who think a car, a beautiful outfit and a red carpet await asylum seekers, but I have worked with people who lived undocumented in their destination countries for 12 years.

It is not enough to cross the border. Preparation means familiarity with the language of your destination, and learning professions that don’t involve the language and can make you money everywhere: hairdressing, plumbing and things like that. I always tell the asylum seekers waiting in Turkey, “I know you’re tired and unmotivated. But each day spend a little bit of time learning the language. In most cases we have control of at least 10 percent of our time.”

What children see and what go through is another important issue. A child hidden in a trunk of a car, who witnesses their parents being beaten, has no control over their own life. What harms do these children face?

Being considerate of their parents, children often say nothing when what they need is an environment where they can get this heavy load off their shoulders. The hardships they ensure rob many children of sleep, of peace and of the ability to focus their minds. They want to forget the hardship but by suppressing memories they’ll forget everything else too.

This apathy is going to haunt them later in life. They might have problematic relationships or their emotional partners might feel they are being ignored. They’ll become parents whose children cannot count on their support.

These children often suffer from psychosomatic symptoms, such as shortness of breath and indigestion, for which one cannot find a medical cause. These and more are what refugee children face, and most of the time they cannot talk about it.

‘Thugs and Mobs, Hypocrites and Royalists’ – How the Iranian Regime Sees the Protesters

From Paris to Ontario, Massive Rallies Around the World Support Iran's Protests

Iranian Lawyers to UN: Follow Your Own Rules, Deal With This 'Subhuman' Regime

‘Thugs and Mobs, Hypocrites and Royalists’ – How the Iranian Regime Sees the Protesters

From Paris to Ontario, Massive Rallies Around the World Support Iran's Protests