Reza Alijani: Message to the Torturer

Message the Torturers and the Murderers
2 min read 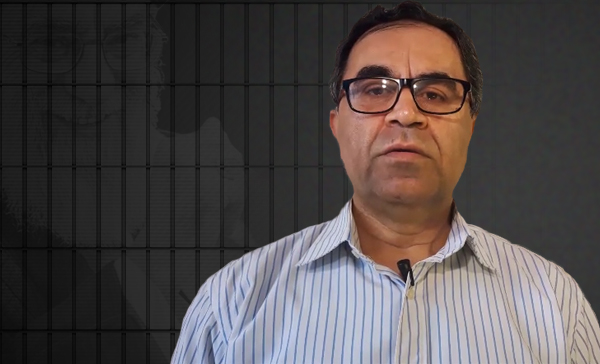 Each of us have perhaps found ourselves in a situation where we have been bullied by somebody in a powerful position, and remained silent out of expediency or fear. He or she may have been a friend, the neighborhood bully, an interrogator, or even a murderer.

Now imagine that years after the distressing event you have the chance to talk to that person and tell him how you felt, what you think and whatever else is on your mind.

IranWire asked a number of political and civil activists and artists who have been the victims of interrogators, or have been forced to be separated from their families, to imagine they are in the interrogation room and are able to talk to their bully, send him a message, or speak to those responsible for victimizing their family members.

In the third part of the series, Aida Qajar asked Reza Alijani, a political activist and the editor-in-chief of the banned paper Iran-e Farda, to send a message to his interrogator. Alijani now lives in Paris but during his time in Iran he was arrested and imprisoned many times, including a long stretch of incarceration in the 1980s.

In this message, he addresses all the interrogators he has had to deal with across the years, and reminds them of their personal responsibility for their actions.

“I do not hate any of you, not even the most violent ones,” he begins in his message. “But I will try to say what I mean. I cannot smile at you. I will not put your conscience at ease. Somebody who commits such wrongs must not be put at ease. One day I can forgive you, but from a position of strength, not of weakness. Even then, you will still have a bad conscience.”

He also reminds his interrogators that, unlike the interrogators of the past who acted mostly out of their convictions, interrogators in Iran today torture the accused for personal gain, overtime pay and salary increases.

IranWire has recorded a number of messages from victims. And perhaps you have had similar experiences as well. If you have, we ask you to participate in this project. For more information — technical or otherwise — email us at [email protected].