Hannah Somerville
5 min read
Protests over water shortages and Iranian government mismanagement spread to Lorestan on Thursday night
At least eight people, all young men, were killed by security forces in Khuzestan in the past week
Videos released last night showed another young man shot dead in Aligudarz, the capital of Lorestan. State media confirmed the death and said he was 20 years old

Protests and public unrest over the water crisis in Khuzestan have now run for a full week. On Thursday night, demonstrations also took place in several other provinces including Lorestan, Bushehr and Isfahan.

Numerous videos that emerged last night showed the bloodied body of a young man  shot dead in Aligudarz, the capital of Lorestan province. In one video he was seen lying on the ground and barely responsive, surrounded by onlookers. Another appeared to show him dead. State TV on Friday morning confirmed the death and said he was 20 years old.

Clashes with police and security forces took place in different parts of Lorestan last night. In Buhshehr province, citizens of Bandar Genaveh held a rally in the city’s Pirouzi Square, while residents of Borazjan blocked the main entrances to their city in a show of solidarity with protesters in Khuzestan.

In Isfahan, protests took place in the cities of Shahinshahr and Yazdanshahr, with some members of the crowd chanting slogans against the Islamic Republic. Citizens of Lali in the north of Khuzestan also joined the rapidly-spreading protests in their province, holding a rally in which they chanted: “We have no water; we don't need the people in charge."

Videos were also  released from the Khuzestani city of Mahshahr showing demonstrations turned violent following the intervention of security forces. Local sources reported that dozens of demonstrators were injured in Khuzestan overnight, and some protesters were reportedly not going to state-run hospitals for fear of arrest.

In a release issued before last night’s protests, Amnesty International said it was aware of at least eight protesters and bystanders, including a teenage boy, having been killed by security forces in seven different cities since the protests began last week. 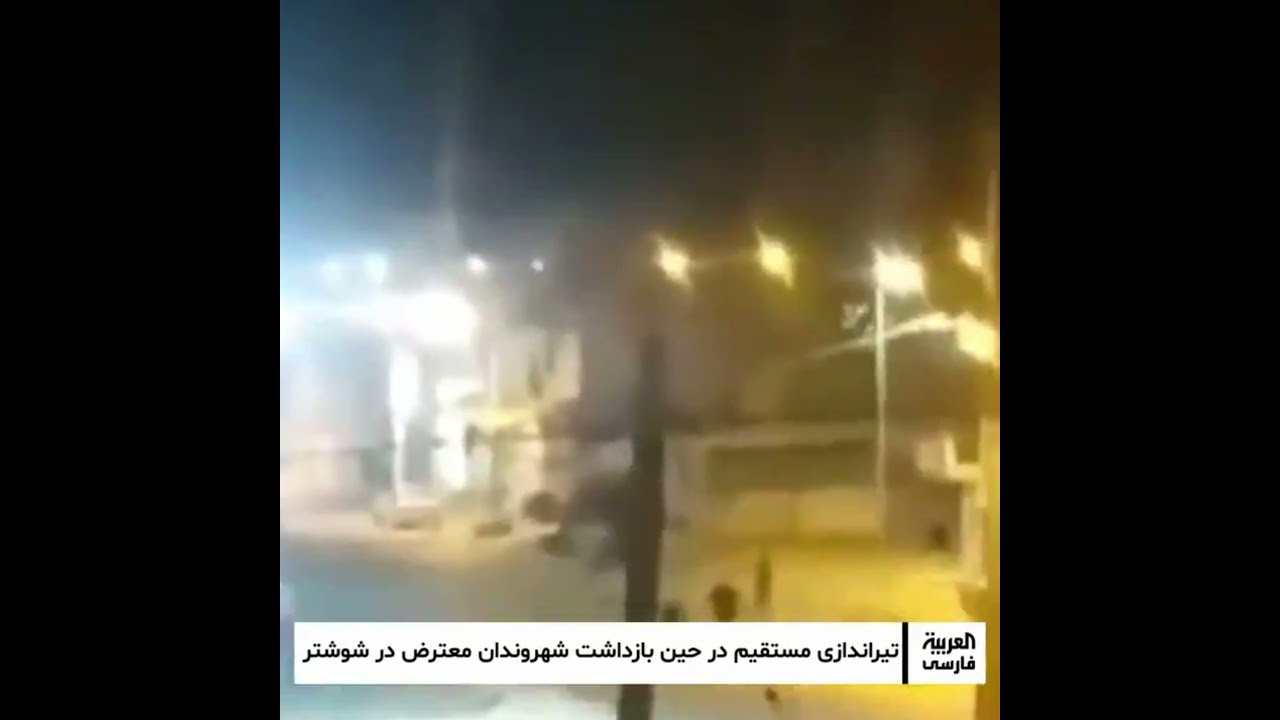 Susangerd, Shushtar, Khorramshahr, Mahshahr, Shavur and Shush in which they concluded the sounds of individual gunshots or automatic weapon fire can be heard. In one such video officers in riot gear can be seen advancing toward unarmed protesters. In another, a police officer is seen running towards a crowd while firing a shotgun as others nearby shoot grenade launchers.

In at least one video, several armed men are seen chasing a fleeing protester into a quiet side street while a mixture of automatic gunfire and single shots can be heard in the background. The running man is then seen slumping to the ground. According to information received by Amnesty, he was then arrested by his pursuers.

In all but two video clips reviewed by Amnesty, protesters were unarmed and clearly posed no threat to life that would meet the threshold for the use of lethal force under international law. In some areas people burned tyres in the road to block officers from advancing, or threw stones or damaged their vehicles. Numerous videos showed protesters running away, therefore posing no threat to those called in to disperse them.

Among the dead are Mostafa Asakereh (Naimavi) in Shadegan, Ghassem Naseri (Khozeiri) in Kut Abdollah, Isa Baledi and Meysam Achrash in Taleghani, Hamzeh (Farzad) Fereisat in Ahvaz, Mehdi Chanani in Shush, Hamid Mojadam (Jokari) in Chamran, and a teenage boy, named Hadi Bahmani, in Izeh. Their deaths resulted from incidents on July 16, 19, 20 and 21.

Slain Protester’s Family “Forced to Read a Script on Camera”

Amnesty also warned that a state-sponsored gaslighting and attempted cover-up of the situation on the ground in Khuzestan is already under way. Government officials have only acknowledged four deaths so far and attempted to blame them, without evidence, on “rioters shooting in the air” and “rogues” – as they did in the November 2019 protests.

Fars News Agency has published two video “interviews” with relatives of Mostafa Asakereh and Ghassem Naseri in which they said their dead loved ones were “not the type to get involved in riots” and deflected blame from the state.

At least one of these is thought to have been coerced. A source with direct knowledge in Iran told Amnesty that plain-clothes intelligence agents had visited Ghassem Naseri’s family home shortly after he died and forced them to read out a pre-prepared script on camera.

Dina Eltahawy, Amnesty’s deputy director for the Middle East and North Africa, said: “Using live ammunition against unarmed protesters posing no imminent threat is a horrifying violation of the authorities’ obligation to protect human life. Protesters in Iran who take to the streets to voice legitimate economic and political grievances face a barrage of gunfire, tear gas, and arrests.

“Iran’s authorities have a harrowing track record of using unlawful lethal force. The events unfolding in Khuzestan have chilling echoes of November 2019, when security forces unlawfully killed hundreds of protesters and bystanders but were never held to account. Ending impunity is vital for preventing further bloodshed.”

Solidarity With Khuzestan Water Protests Spills Into Other Iranian Provinces

No Beds in Hospitals as Iran Faces Fifth Coronavirus Outbreak