Farmers and citizens in Isfahan continued to protest on Friday, November 26. Videos posted on social media show security and law enforcement officers dispersing a mass gathering of demonstrators with large volumes of tear gas and what appeared to be birdshot on the dried-up Zayanderud riverbed.

Earlier on Friday morning, footage was also shared showing people on motorcycles descending on civilian protesters. The crowd booed them in response. The officers are thought to have come from the police’s NAJA special forces unit and were armed with batons, arresting several protesters. 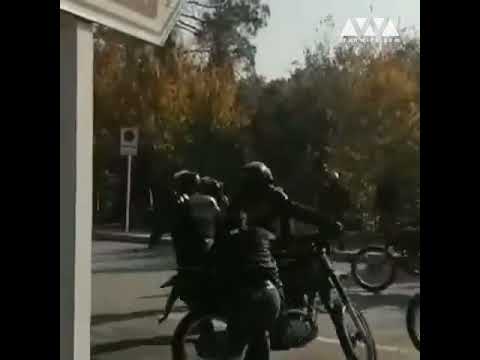 In one set of video clips sent to IranWire, a woman says “coward agents” have gathered on the Khaju Bridge over the Zayanderud and are blocking a “huge wave” of people from passing on foot. Later on, crowds can be heard chanting “Death to the dictator” and “Don’t be afraid, we are all together”. 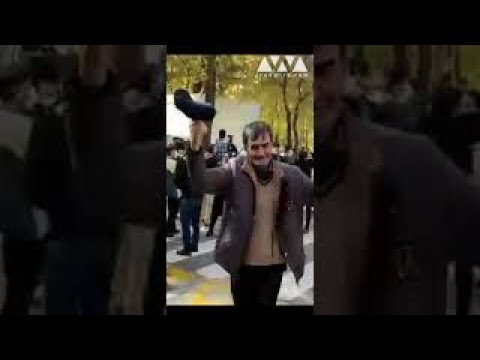 A man in the same footage remarks: “They spend the country's budget on these Basij thugs. They sell the country and come to confront their own people... It’s deplorable. God willing, with the presence of the people, we will stand against them.” 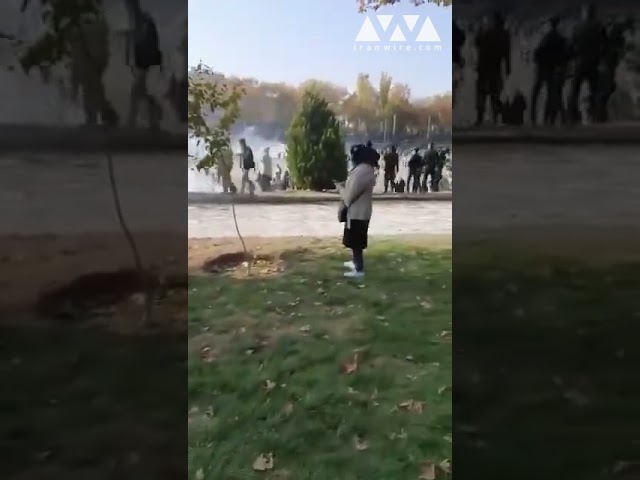 In the above video, also from Friday, the person filming says: “This is now. On the riverbed. Clashes with farmers. Tear gas. You can see this. May God curse you. May God curse you.” Protesters can be heard chanting “Bastard, bastard”.

Another video sent to IranWire appears to show people chasing uniformed officers away from the crowd, throwing stones at them. Several young men then engage in a physical fight with the officers and shots are fired. In still another video, a man who appears to have been shot in the hand accepts support from others around him: an onlooker can be heard saying, “We should take him to the hospital.” 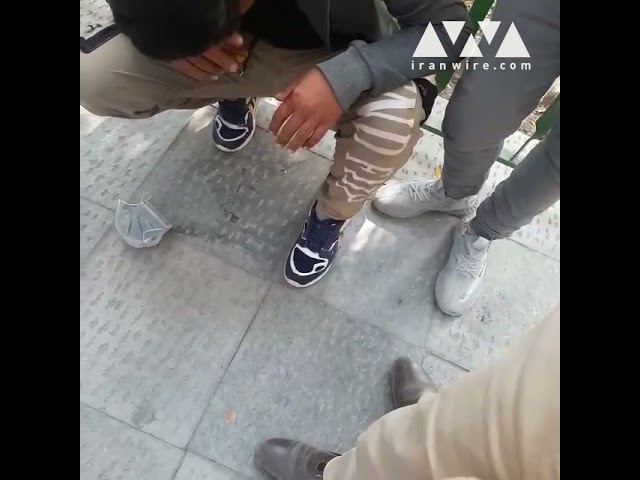 Renewed rallies sparked by the ongoing water crisis in Isfahan began on Monday, November 8 with a strike organized by farmers. Locals set up tents on the Zayanderud riverbed and in the days that followed, thousands joined the peaceful demonstration, chanting slogans against the government and government policy.

On Thursday this week, videos surfaced showing security forces setting fire to some of the tents. Isfahan’s governor and the public prosecutor’s office attributed the damage to “thugs” and claimed the ongoing protests had “nothing to do with farmers”.  Fars News Agency, which is affiliated with the IRGC, claimed the vandalism was carried out by "opportunistic and counter-revolutionary elements" and tried to minimize the protests, stating 500 people were present on the Friday.

Also on Thursday, a water transmission pipeline east of Isfahan was wrecked by a bulldozer. The Yazd Regional Water Company said whoever was responsible, so severe was the damage that the water supply through that pipeline has been completely cut off. Part of the farmers’ grievance is that the pipeline had been used to transfer their drinking and crop-irrigating water to Yazd for industrial use.

Related protests have taken place in Chaharmahal and Bakhtiari province in recent days. In the city of Shahr-e Kord, citizens held rallies against the transfer of water from their locality to Isfahan. People in Khuzestan were also due to hold a similar demonstration on Thursday but shortly before it was due to begin, the internet was temporarily cut off in major cities including Ahvaz and Behbahan.

Iran’s Water Crisis: Will Isfahan be Uninhabitable in 10 Years?

Kermanshah: Spotlight on Another Looming Water Tragedy in Iran

Amnesty Report Confirms Spike in Executions in Iran in 2021

Man Arrested for Claiming to be the Twelfth Shiite Imam