Videos: A Surreal Tehran is Crawling with Security Forces

Riot police units have been deployed in large numbers around Tehran today, eyewitnesses told IranWire. One video received earlier today, shot by a citizen on a bus in Tehran, gives an idea of the scale.

The video shows successive groups of armed officers stationed on the approach to Enghelab Square. Just short of the square itself, the area is filled with riot police together with military equipment, water cannons and motorcyclists dressed in black.

“I can’t believe it,” the camera operator says. “It’s like being on the frontlines.” 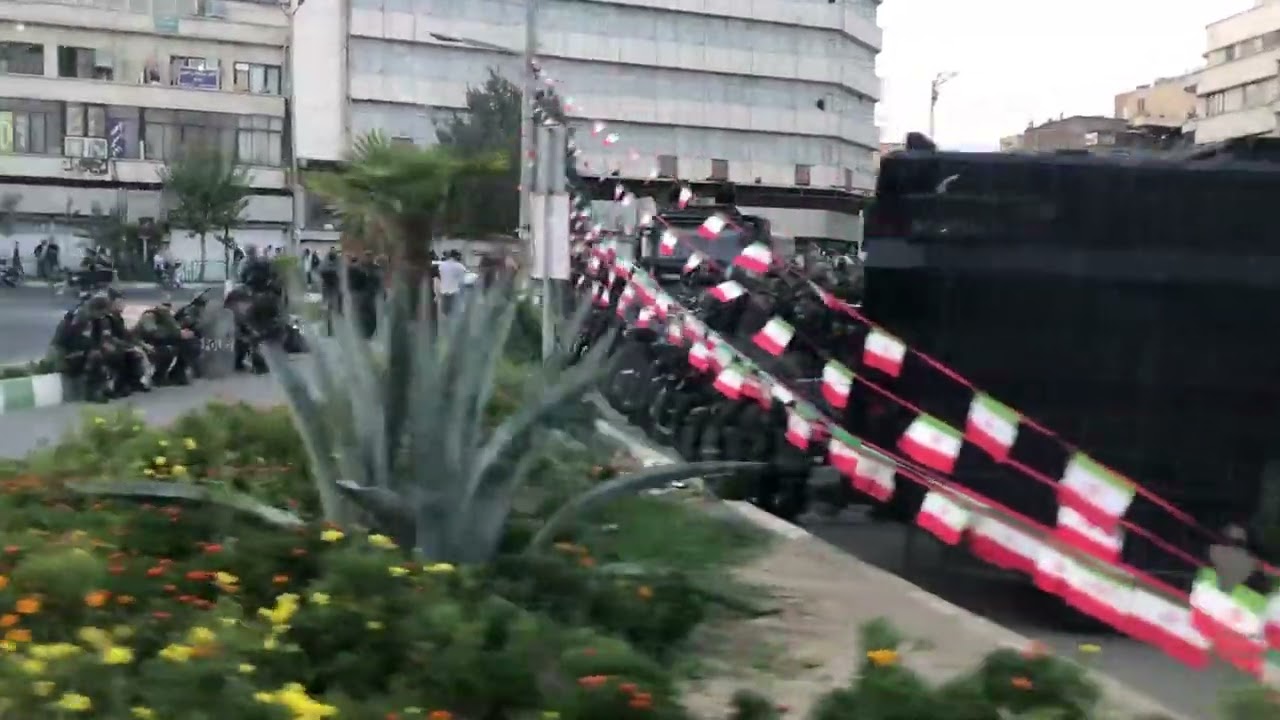 In the middle of the boulevard, among the trees and by the sides of the road, riot police are stood or sitting together in groups. “Oh oh oh, they’re on this side too,” says the operator. “They’re afraid of their own shadows now,” another woman responds.

As the vehicle moves on the passengers grow more and more startled and bewildered. Close to Tehran University is a crowd of police on motorcycles, who stop the bus and question the driver before telling him to quickly move on.

Riot police are not the only ones in front of the university. Members of the paramilitary Basij Organization and plainclothes agents are swaggering around as well. “Look,” one of the passengers says. “They’re going up to the motorcyclists, shaking hands with them and saying hello” – referring to a burly plainclothes officer carrying a baton, exchanging pleasantries with the Basijis and apparently not afraid to reveal his identity.

“That chubby man! Nobody would have thought he’d be a plainclothes officer,” one woman says. Another responds: “A lot of them are drug addicts. They promise them opium and other drugs if they’ll join. They have nothing to lose.” 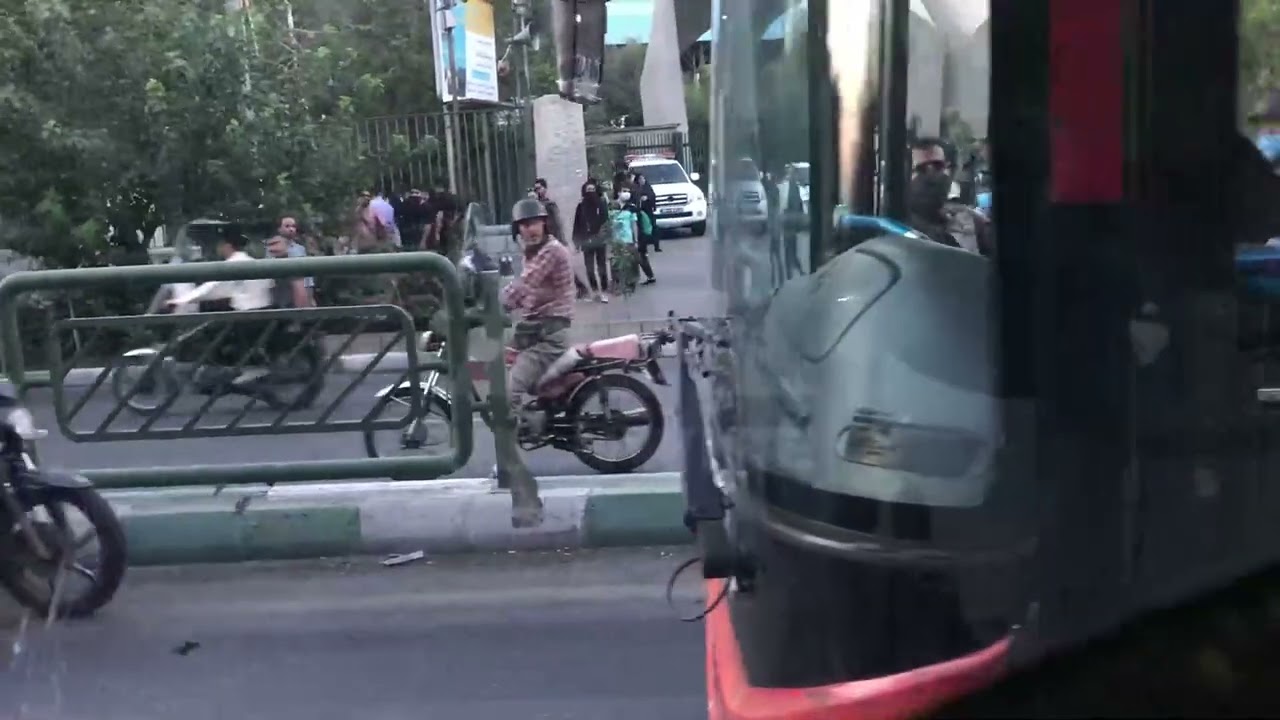 At Taleghani Avenue, motorcyclists are stationed on both sides of the street, equipped and ready to crack down on any breath of dissent.

Last night, Instagram was blocked in Iran and in some areas WhatsApp was unavailable even with a filter-breaker. “I managed to connect after 12 hours,” a citizen in Tehran told IranWire. “We are in the streets but if the internet is disconnected, you have to be our voice.”

At least 10 people are now known to have been killed over past six days in protests over the death of Mahsa Amini. Hundreds more have been injured and arrested. Among those killed so far are Mohsen Mohammadi, Fereydoon Mahmoudi, Reza Lotfi, Farjad Darvishi, Zakaria Khial, Fouad Ghadimi, Minoo Majidi, Danesh Rahnama, Sadredin Litan and Amin Maroofi. All are understood to have been shot by security forces and either died on the spot or in hospital.

Security Forces' Chokehold on Kurdistan After Province's Day of Protest

Students at 10 Iranian Universities Respond to Call for Boycott

Students at 10 Iranian Universities Respond to Call for Boycott