The Lebanese IT expert Nizar Zakka was a champion of Iran’s growing technology sector and a regular visitor to the country from 2011 onwards. Like many would-be partners around the world, he was jubilant about the country’s potential to be a major player on the international stage, and felt excited about the prospect of doing business there in the future.

That is until one day in September 2015, when his Iranian hosts bundled him into a car, spirited him away to a detention center, brutally tortured him and later sentenced him to 10 years in prison on fabricated spying charges.

Today, Zakka’s story is little-known outside of Lebanon. But it serves as a case study of the disgraceful and counterproductive way the Islamic Republic of Iran treats its foreign guests, and the powerlessness of the Iranian government to do anything about it. A year after his release and return to Lebanon, IranWire has produced a new documentary in which the former political prisoner shares the story of his arrest and four years behind bars in Evin Prison. 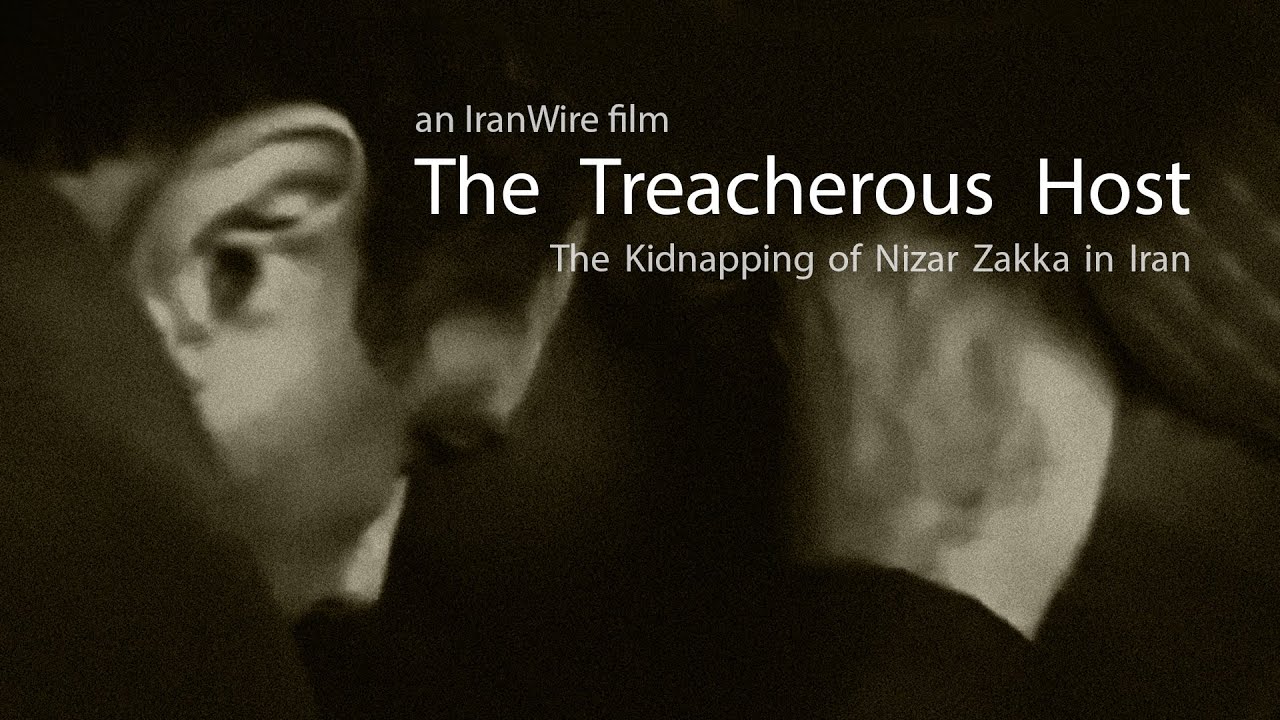 Before the kidnapping, Zakka had attended several conferences in Iran as a representative of the global ICT industry, always on the formal invitation of state actors such as the Ministry of Telecoms and the Cyberspace Council. He developed a close relationship with Iran’s ICT Guild and spoke earnestly on topics such as internet freedom and the role of women in the ICT sector.

But in 2015, the weather changed. Just months before Zakka’s arrival in the country, Iran had signed a historic international treaty on nuclear non-proliferation, the JCPOA. Forces loyal to Supreme Leader Ayatollah Khamenei were keen to undermine the government of Hassan Rouhani, in part by controlling the flow of would-be foreign investors and discrediting those who came to Iran.

On the way to the airport after his latest conference, Zakka’s taxi was intercepted by the intelligence services. He was arrested, forced into a car and taken to a detention center where, as he relates in a powerful interview with IranWire, he endured months of degrading treatment, starvation, physical torture and interrogation. Eventually in 2016 he was sentenced to 10 years in prison for espionage on the orders of Iran’s infamous Judge Abolghasem Salavati, of which he would eventually serve three – all for a crime he had never committed.

Nizar Zakka’s poignant testimony of life behind bars gives us important insights into Iran’s broken judicial system. We learn of Zakka’s incredulity at the ignorance and stupidity of Judge Salavati, who like many Revolutionary Court judges hands down scripted sentences without any examination of the facts. Zakka relates his personal friendships with several prominent political figures who also fell foul of the regime and were detained at Evin, including Mehdi Hashemi, the son of former president Akbar Hashemi Rafsanjani, and President Ahmadinejad’s ex-advisor Esfandiar Rahim Mashaei.

More than anything else, Zakka’s story exposes the true motives of the Iranian regime in such kidnappings. Zakka is one of a litany of foreign guests who have been held hostage by Iran, always on risible pretexts, either in hopes of a foreign prisoner swap or to demand money for their release. Zakka was eventually released as part of an exchange and, in one preposterous anecdote, recalls being dressed up and taken by the Revolutionary Guards to buy a carpet as a token of their apology.

Our film also highlights the impotence of Iran’s elected politicians in the face of such incidents. When Nizar attended the fateful conference in autumn 2015, he did so on the invitation of Shahindokht Molaverdi: then vice-president for women’s affairs. We made several attempts to call Mrs. Molaverdi for comment throughout the filming of this documentary – and the answers she eventually gave to our questions, we hope, will speak for themselves.

Nobel Laureate: It Takes Moral Courage to Speak Out

Jailed Briton's Daughter: If You're Real Muslims, How Can You Sleep at Night?

US Embassy Hostage Crisis Survivor: No-one is a Guest in Iran

Persecuted Lawyer: Nizar Zakka Had a Happy Ending, But We Did Not

Campaigners for Jailed Scientist: These Things Need to be Shown