Four Decades of Discrimination Against Sunnis in Iran 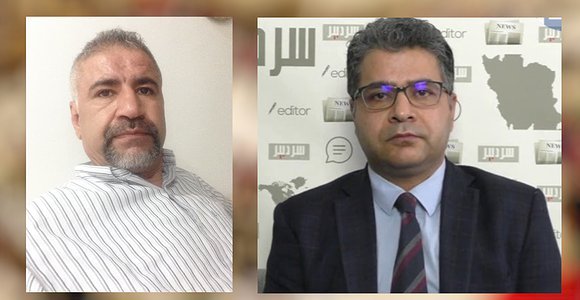 During the four decades of the Islamic Republic's rule in Iran, religious, ethnic and religious minorities have faced various forms of discrimination. Some of this can be traced to laws and to some officials' interpretations of laws and their enforcement. By looking at the situation in the provinces, where minority populations are higher, and by looking at the differences in the level of development in these areas compared to other provinces, one can easily see the signs of discrimination.

In the first part of the live Instagram program “We are Iranians,” we talked about this discrimination with Dr. Mohammad Ghadami, a Kurdish and Sunni citizen living in Baneh, and an activist and professor of political science. “We are Iranians" will stream every Saturday at 19:00 Iran time. With the help of experts, IranWire will seek to offer a clear picture of what has happened to Iran’s minorities over the years.

Doctor Ghadami, you ran for parliament and for the presidency several times in the past, yet your candidacy has always been rejected by the Guardian Council. According to Article 115 of the Constitution, religious minorities are not eligible to run for president. What do you think is the reason for this?

Unfortunately, in third world countries such as Iran, whose constitution is based on Sharia and ideological laws, the legal system prevents religious minorities from holding the presidency. We also have unwritten laws that deprive ethnic minorities, such as Kurds and others, from holding administrative and executive posts in the country. These restrictions are usually imposed by provincial security councils, the Guardian Council and vetting councils. At the beginning of the revolution, Mr. Khomeini [the leader of the 1979 Islamic Revolution] said these restrictions would later be repealed. But unfortunately he broke his promise.

Why have minorities been barred from membership of institutions such as the Guardian Council, the Expediency Council, and the Assembly of Experts (with a few exceptions) over the years?

First of all, I do not agree with the term “minority” and I do not think it is the right word to apply to groups of citizens of a country. But in response to you, in the last few decades, followers of other religions and ethnicities have never been appointed to mid-ranking and high-ranking political positions. This is especially evident in institutions related to macro-policies, economics and security. Even in middle and lower positions, such as governorships, this part of society has been excluded. And as for the elected positions, as I said, written and unwritten laws have prevented Sunnis and followers of the country's other religions and ethnicities from gaining positions. Not a single Sunni minister has been elected. We have not had a single Sunni or followers of another religion as governor. The solution to this problem is to change the Constitution and to remove articles that discriminate against citizens.

Sunnis in Iran generally live in the border provinces such as Sistan and Baluchestan, Khuzestan and Kurdistan. According to statistics, development indicators in these provinces are significantly different from other provinces. But by holding the “Week of Unity” (a national coexistence campaign) and establishing institutions such as the Association for the Rapprochement of Religions, the Islamic Republic claims that it does not discriminate between citizens. Do you agree with this claim?

Since the Safavid times [16th to 18th centuries CE], ethnic groups and Sunnis have migrated to the border areas to guard Iran’s frontier. Management this territory is an important issue that, unfortunately, the Islamic Republic has not observed even for the central provinces. For example, heavy industries such as steel and petrochemicals, which are in great need of water, are built in Isfahan province, and the water of Khuzestan, Kohgiluyeh and Boyer-Ahmad provinces are transferred there for these industries. But the people of Isfahan meanwhile protest at to water shortages. We see a kind of official indifference to unplanned consequences. But there is also discrimination against marginal areas. If you look at indicators such as poverty or divorce, and the like, border provinces usually have the worst conditions. Even the officials of these provinces are appointed from among the people of the central provinces such as Tehran, Semnan and Isfahan, which is regrettable.

How has the situation of minorities changed during the Islamic Republic compared to the Pahlavi era?

There was discrimination in the Pahlavi era as well. Some religious and ethnic figures were executed or killed. The policies of both the Pahlavi era and  theIslamic Republic are centrist policies. The Shah sought to modernize the country with an imported model – not an endogenous one. Some services were better then than they are now. Mr. Khamenei [Iran’s current Supreme Leader] and his policies, and those of his subordinates, are meanwhile the cause of this discrimination. Now Mr. Khamenei is complaining about the emigration of the elites from the country while their own wrong and unjust policies demoralize the young and push them to migrate away from Iran.

When we talk about the nation-state, we must talk about pluralism. The rights of citizenship must be equal for all, regardless of beliefs or ethnicity. In the absence of such a view, the tendency towards federalism and even separatism naturally increases. When people talk about these rights, they are immediately accused of being counter-revolutionary, which in turn increases the tensions between society and the government.

Where are the country's policies related to minorities determined?

It is natural that top-level policies are adopted by the highest institutions – such as the leadership and related authorities. But it is not the case that Iran’s elected government [the administration of the presidency] is completely powerless. Iran’s elected governments have paid no attention to minorities and this discrimination is evident in their behavior. In the last elections, Iranian Sunnis have supported reformists who chanted the slogans of equality. The majority of the Sunni faction are people of good conscience who do not support people President Ebrahim Raisi. And in this election, in which the prominent Sunni leader Mawlavi Abdol Hamid supported Raisi, with some explanations, he was nevertheless not supported by the majority of the Sunni community.

Mawlavi Abdol Hamid publicly supported the Taliban after their arrival in Afghanistan and even called on the international community to recognize the Taliban. What harm did his position do to Iranian society’s view of the Sunnis of Iran?

We are Sunnis and naturally we support our beliefs and our allies. But not every Sunni: only groups that believe in democratic governance, human rights, women's rights, and the rule of law in today's international community. The Islamic Republic itself took the lead in supporting the Taliban, and it was wrong. Mawlavi Abdol Hamid probably supported them through some political calculation, which was wrong and inappropriate, and there was a lot of criticism from the body of Sunni intellectuals and clerics about his position.

To what extent can the demands of ethnic and minorities overlap with the demands of better livelihoods which is the concern of a significant part of Iranian society?

The issue of livelihood, according to the Maslow pyramid of needs, is the most important need of every individual in a society. Ethnicities and minorities also happen to be among the most vulnerable parts of society in this regard due to the lack of attention of the government to the areas in which they live. Rising difficulties in securing a livelihood, and the demands of the whole society, whether ethnic or non-ethnic, also increase and lead to protest.

Why are there no disaggregated statistics regarding Sunnis or other religions and ethnicities in the figures published by the Statistical Center of Iran?

If accurate statistics were published, expectations will naturally rise; for example, if the authorities were to report that Sunnis have a large population, then they should give Sunnis their rights and status in proportion to their size within Iranian society. But when the authorities do not publish statistics, they can deal with minority groups based on their own inclinations, which are incorrect and unfair.

The Shia-Sunni Divide in Iran

Security Forces Fear the Growing Number of Sunnis in Iran

Nazila Ghanea: The New UN Special Rapporteur on Freedom of Religion or Belief

Payman Sobhani: The Untold Story of a Baha'i Teenager Killed by Fanatics in Iran

Better Days: When Baha'is and Muslims Coexisted in Iran

IranWire’s Webinar on the Persecution of Christians

Discrimination Against Religious Minorities in Iran: Reports and Resources

A Chronology of Tehran's Kidnappings and Killings Abroad: Part 3